Home » What happens if I use the wrong weight (viscosity) motor oil? 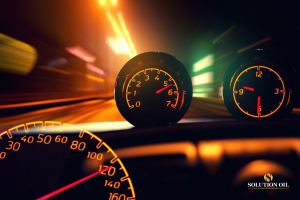 People often wonder if it is safe to use a thicker motor oil or a thinner oil than what their motor manufacturer recommends. A common question is whether it is safe to use, for example, 10W-30 oil instead of 5W-30 oil. While it’s best to use what’s recommended in your owner’s manual, using a viscosity one degree higher or lower than recommended generally won’t cause long-term damage.

Wanting the best possible protection for his new ride, he drains the factory 0W-20 and installs 15W-50 race oil.

Engines are built to use a certain viscosity of engine oil. Today’s advanced engines are built to much closer tolerances than their predecessors. For example, the clearances between the crank journals and the main bearings are tighter. This is done on purpose to allow modern engines to use lower viscosity engine oils such as 0W-20 and even 0W-16.

Find the right viscosity oil for your engine 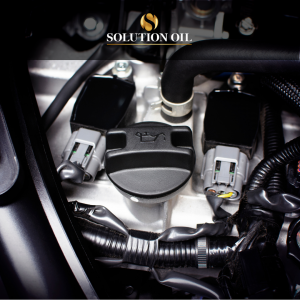 In Ruud’s case, his 15W-50 race oil may be too thick to flow fast enough to fill the spaces between the crank journals and main bearings while the engine is running.

Not only that, but the engine also wastes energy pumping the thicker oil, reducing fuel consumption. Because thicker oil does not transfer heat as well as thinner oil, operating temperatures will rise, potentially leading to accelerated chemical degradation and harmful sludge and deposits.

However, using 10W-30 instead of 5W-30 can make cold starts more difficult.

It is helpful to think that the “W” stands for “winter”. The lower the “W” viscosity of the oil, the easier it will flow when cold. In this case, 5W-30 will flow more easily at startup than 10W-30.

Some automakers even allow you to switch to a lower viscosity oil depending on the weather.

Find the right viscosity oil for your engine

Thin may not be in. What if John went off the deep end and used 0W-16 in his 1998 Corolla instead of the recommended viscosity?

Extreme stress and heat add to the challenge. Because oil thins when heated, the already too thin oil becomes even thinner under extreme heat, exacerbating the problem.

Oil that is too thin can also lead to insufficient oil pressure for your vehicle’s variable valve timing system to work properly, if equipped. Low pressure can also prevent lifters from staying in contact with cams, causing noise and increased wear.

Using a viscosity one degree higher or lower than what is recommended for your engine is unlikely to cause permanent damage.

But to allay any concerns about engine protection and your vehicle warranty, it’s best to use the viscosity recommended in your owner’s manual.